Following the disastrous capture of Rabaul by the invasion force of the Imperial Japanese Navy on 23 January 1942, and the consequential order ‘Every man for himself’ by the Australian Commanding Officer, many Australian soldiers were scattered into the wild jungle mountains of the Gazelle Peninsula. However, this did not include those taken prisoner by the Japanese during the invasion itself and who, after 5 months of abject slavery, were bundled on board the notorious Japanese ship Montevideo Maru and subsequently drowned off Luzon on 1 July 1942, when the unmarked prison ship was sunk by a US submarine.

These are the stories of some of the soldiers who were on that ship of ‘hell’.

1. My older brother, Robert Burrowes (24), of the pre-war Militia’s 34th RAE Fortress Engineers was one of its casualties. After a frustrating period of peaceful occupation and training in Rabaul, the unit had switched to become AIF in early December 1941, and was scheduled to return to Australia for redeployment to the Middle East. In the meantime, Robert had been promoted to Sergeant and had been recommended for Officer Training. If he had achieved that status, he would have survived the war as the officers captured were transported to Japan on a different prison ship and all made it home. 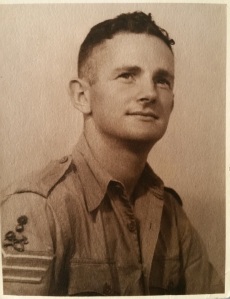 2. Of the POW servicemen on board the Montevideo Maru, three were brothers: L/Cpl Sidney Stewart Turner (26), Pte Dudley James Turner (22) and Pte Daryl George Turner (19). Unlike the US practice that brothers should not serve together, the Turners had all signed up with the 1st Independent Company and had consecutive service numbers – their loss on the Montevideo Maru was a terrible fate for their mother to endure!

3. Also lost were 16 Salvation Army bandsmen, the majority being members of the Brunswick Citadel band. The bandsmen had enlisted together and comprised the majority of the non-combative band of the 2/22nd Battalion. There was only one survivor, Fred Kollmorgen, who escaped capture and walked through the jungles over many months to safety.

4. 132 men of the 1st Independent Company were also lost on the Montevideo Maru. The men had been captured after the Japanese landed 3,000 troops at Kavieng on New Ireland, against the unit of 140, which had disembarked there in mid-1941. Following some token resistance, the soldiers were forced to retreat to avoid capture, with a small force remaining at the airfield to blow up supply dumps and facilities. They were able to obtain a disabled boat, the Induna Star, which was repaired and then sailed off to reach Port Moresby. Unfortunately a lone Japanese aircraft spotted them mid-journey and strafed them, causing much damage. The plane then contacted a destroyer which captured the boat and redirected it to Rabaul, where they joined the other POWs, and endured slave conditions unloading ships and digging tunnels in those five early months of captivity. With the unit wiped out, it was later disbanded.

5. Apart from the 853 POW soldiers who went down on the ill-fated Montevideo Maru, they were accompanied by the incredible number of 200 innocent men, listed here, from the non-combatant civilian population of Rabaul – reminiscent of the slave trading days of the African continent!

With a total of 1,053 lost at sea, it was the largest Australian maritime disaster of the war.

Let us not forget them, and whilst they were the casualties, the real victims are the untold numbers of mothers, fathers, aunts, uncles and relatives generally who lost their loved ones!